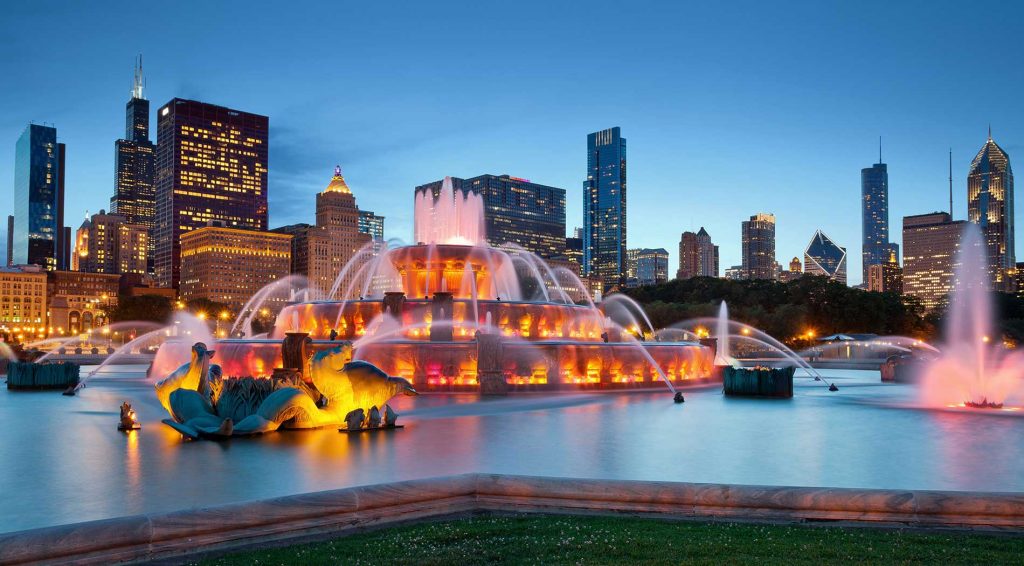 Chicago, on Lake Michigan in Illinois, is among the largest cities in the U.S. Famed for its bold architecture, it has a skyline punctuated by skyscrapers such as the iconic John Hancock Center, 1,451-ft. Willis Tower (formerly the Sears Tower) and the neo-Gothic Tribune Tower. The city is also renowned for its museums, including the Art Institute of Chicago with its noted Impressionist and Post-Impressionist works.

Chicago’s music scene has been well known for its blues music for many years. “Chicago Blues” uses a variety of instruments in a way which heavily influenced early rock and roll music, including instruments like electrically amplified guitar, drums, piano, bass guitar and sometimes the saxophone or harmonica, which are generally used in Delta blues, which originated in Mississippi.  The music developed mainly as a result of the “Great Migration” of poor black workers from the South into the industrial cities of the North, such as Chicago in particular, in the first half of the 20th century.

This style property is located in Chicago is currently North America and has been listed on World Talent League. This property is listed at $ 9,000. It has bedrooms, bathrooms, and is . The property was built in year.