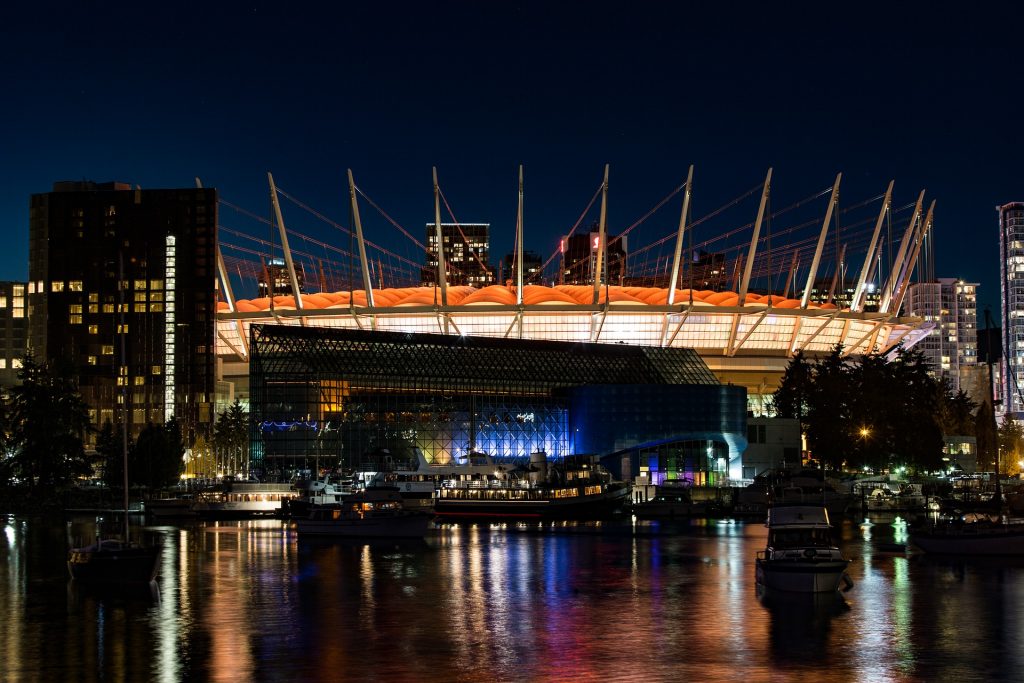 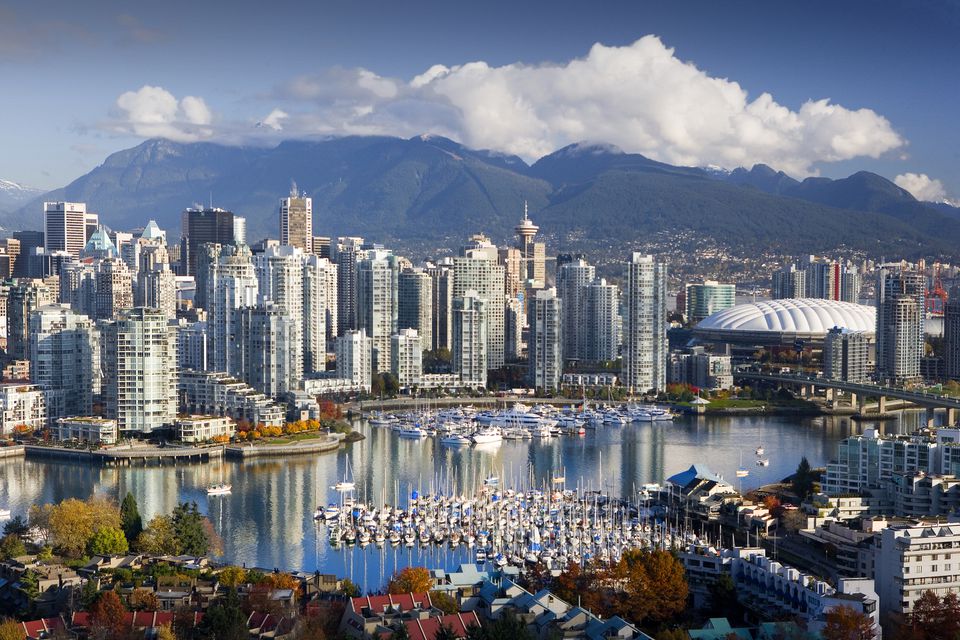 Vancouver, a bustling west coast seaport in British Columbia, is among Canada’s densest, most ethnically diverse cities. A popular filming location, it’s surrounded by mountains, and also has thriving art, theatre and music scenes. Vancouver Art Gallery is known for its works by regional artists, while the Museum of Anthropology houses preeminent First Nations collections.

The British Columbia (BC) Lions have played in the Canadian Football League since 1954, and have won the Grey Cup six times, in 1964, 1985, 1994, 2000, 2006 and in 2011. Vancouver has hosted the Grey Cup championship fourteen times, most recently in 2011 . The Lions play their home games at BC Place Stadium in downtown Vancouver, having previously played at Empire Stadium in East Vancouver until the end of the 1982 season.

The Vancouver Canadians have played in the short season Class A minor Northwest League since 2000. The Canadians play their home games at Scotiabank Field at Nat Bailey Stadium and are affiliated with the Toronto Blue Jays of Major League Baseball. Minor league baseball has a long history in Vancouver, including the Vancouver Beavers, the Vancouver Capilanos, an earlier incarnation of the Canadians and the Vancouver Mounties; both the latter two played in the Class AAA Pacific Coast League. Vancouver continues to have a huge interest in acquiring a full-time Major League Baseball team and having them play their home games at BC Place Stadium in downtown Vancouver.

The Vancouver Canucks have played in the National Hockey League since 1970, and have reached the Stanley Cup finals three times, in 1982, 1994 (the Canucks’ 1994 run was unfortunately marred by the 1994 Stanley Cup riot) and 2011 (which again incited the 2011 Stanley Cup riot after the Canucks’ loss to Boston). The Canucks play their home games at Rogers Arena, having previously played at the Pacific Coliseum until 1995. Previous incarnations of the Canucks played in the Pacific Coast Hockey League and Western Hockey League and won multiple championships. The Vancouver Blazers, a World Hockey Association team, attempted to compete with the Canucks between 1973 and 1975, but moved to Calgary thereafter. An early professional hockey team known as the Vancouver Millionaires won the Stanley Cup in 1915.

In the 2011 season, the Vancouver Whitecaps FC joined Major League Soccer. The squad plays their home games in a renovated BC Place Stadium.

This style property is located in Vancouver is currently North America and has been listed on World Talent League. This property is listed at $ 250,000. It has bedrooms, bathrooms, and is . The property was built in year.